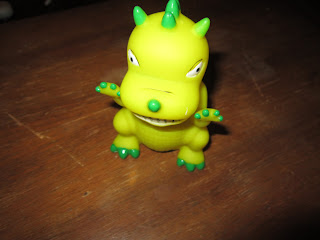 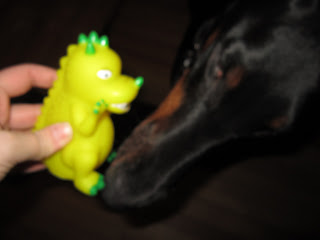 Elka was pretty interested in the dinosaur, and took it without much prompting. 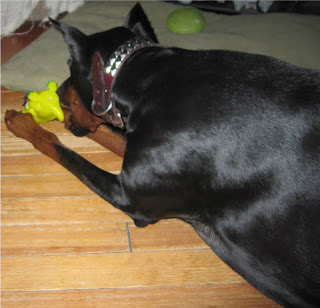 This was part of the "lay down, nose it, and talk to it" portion. 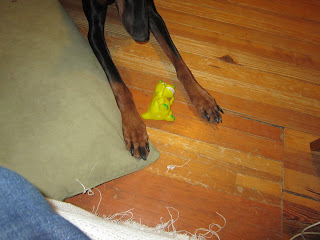 Winding down. It's amazingly hard to get pictures of a Doberman jumping around with a toy (that I'm willing to show you). You can also see a bit of the already fraying blanket that Elka may or may not have helped along a bit, but none of us have caught her at it.
Posted by Jen at 12:20 PM