When I was little, the movie All Dogs go to Heaven came out and briefly ruined my life. See, in it, Charlie the dog has died (this is how it opens) and, well, doesn't want to be dead and hijinks ensue. But to my seven year old self, the reality of "dying" and "dogs", though I didn't have on myself, was not a pleasant reality. It was a good movie, but the sadness of some of the details pervade my memories and color my perceptions of it. Granted, a lot of kiddie movies are like this. Arguably, Watership Down was not a movie intended for children (and I watched it as an adult anyway), but in general, the 70's and 80's could be a pretty freaky time for animated films aimed at the younger set.


I tried, but I just couldn't get Elka's halo on straight.... 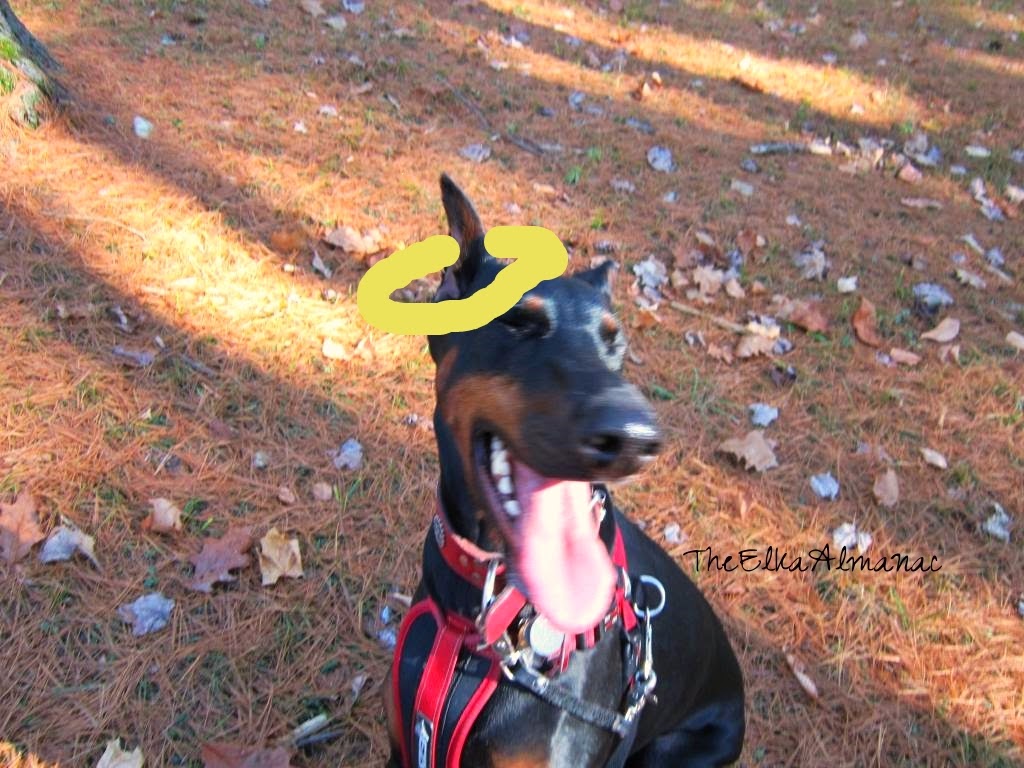 So then comes the news this week, that Pope Francis, comforting a boy who lost his own dog, said "One day, we will see our animals again in the eternity of Christ. Paradise is open to all of God’s creatures." The very next sentence in that New York Times article cautions that the Pope was not making an Official Theological Decree™, which is to say even the Pope sometimes says things just to be nice I suppose.

But Pope Francis is also known for being a very human Pope. He's done things like (allegedly) sneak out of the Vatican to help the homeless. He's on Twitter (or there's an official account for him, anyway). He had a Harley, which he auctioned off for charity.

So did he really mean it, that dogs will be in Heaven? I'd like to think so. Pope Francis selected his name after Saint Francis of Assisi, who is the patron saint of animals in addition to having worked with the poor. And perhaps Pope Francis had a dog once, who he now misses, and would like to see again.
Posted by Jen at 9:46 PM