I was contacted by Brian, the CEO/Founder at PetsLoveToys.com to see if I was interested in sampling and reviewing their service. You may have heard of sample box services, in which you get a monthly box full of product samples in a certain niche. PetsLoveToys is a similar principle; every month, you view the showroom and pick which box you would like to get. There are typically three choices, with a combination of treats and toys. 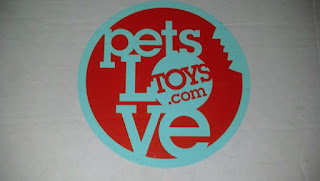 Opening the box from PetsLoveToys was a little like mailbox Christmas! 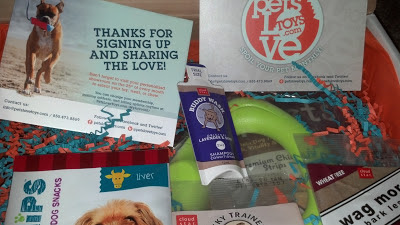 As you can see, there are quiet a lot of goodies in the box. If you get it for a Large/X-Large dog (what Elka would be considered, though the Doberman is a "medium" breed [size is relative]), it's $25.95 per month, and that does include the shipping. The box for smaller dogs is $19.95.

The Bumi toy is something I was excited about trying with Elka. West Paws makes good sturdy toys, and we already have a Hurley. The Bumi is more "tugworthy", and that's a game that Elka typically likes playing with every toy she lays tooth to, regardless of its suitability (except for rope toys, for some reason. Nowadays, she doesn't want to tug with them at all, just shake them around and chew them apart. Sigh.) 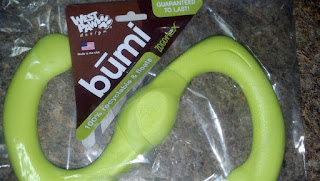 Another thing I was excited about was the Zukes filets. I've heard great things about Zukes treats, but (similar to the Blue Buffalo jerky), they are somewhat cost prohibitive. Getting a regular sized bag of them in a box that included so much other stuff more than justified the cost in my mind (or would justify the cost, if I hadn't been sent the boxes complimentary, to review). 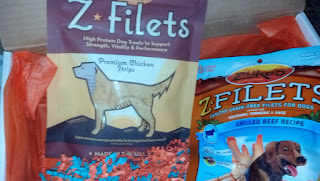 I'll review the treats separately at some point, but suffice to say, Elka was very happy with their quality! 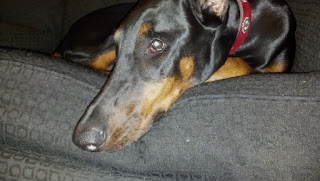 (she also did not appreciate that I was taking pictures of everything in the box instead of just putting it all in her waiting maw). 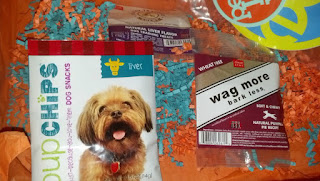 In addition to the full sized bags of Filets, there were also some smaller sample bags of treats. We use a number of treats in everyday living; "just 'cause" treats, "you brought the can to the kitchen" treats, "you didn't whine while I was in the bathroom" treats. It's nice to have a variety! 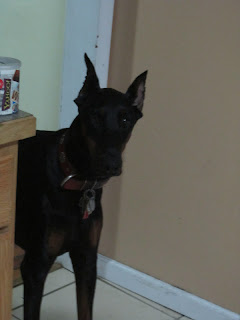 (yes, I'm STILL taking pictures of the stuff in the box)

If you're interested in signing up, they have a great FAQ on their site about signing up and managing your account. As an added bonus, followers of The Elka Almanac can get 15% off if they use the following code: ELKA20OFF

Part of PetsLoveToys mission is also about dog parks, and dog beaches, and keeping those resources open to the public. Currently, they're hoping to raise awareness and funds for the dog beach at Huntington Beach, in California. It's open and available year-round to dogs and their owners, but like so many great organizations, they've got funding problems.

FTC disclosure: In exchange for this review, PetsLoveToys.com gave me two free months of their product