Every once in awhile, the quirks of this dog just amuse me to no end. To some degree, I'm sure I'm "that" dog owner, you know, the one who thinks her dog is the only one ever to do such a thing. But, this is why I blog, so there (or dlog [portmanteau of dog + blog], as my fiancé would have me say). I have a new one to share. 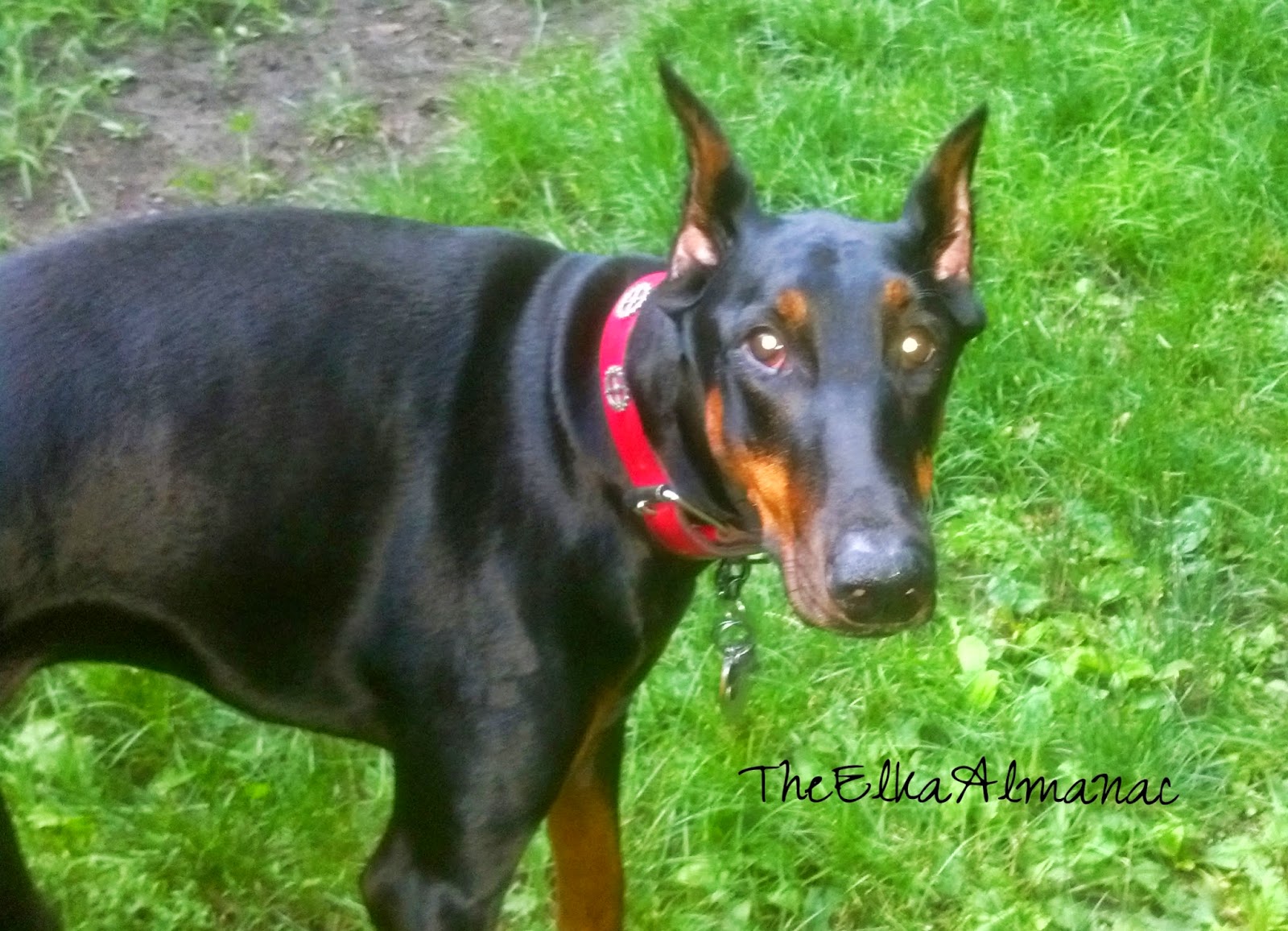 We have a pretty simple routine while playing with tennis balls out back: I whip a tennis ball against the garage wall, Elka goes ballistic chasing it, sometimes catching it on the rebound (I try not to do this; I don't want a tennis ball to go down her throat and choke her, which is horrible to worry about but I read an article once about it happening to a police dog and that just rained on my life). We have a number of tennis balls, some in better repair than others (Elka also likes to chew them, obviously, which I don't really allow while we're doing retrieves). 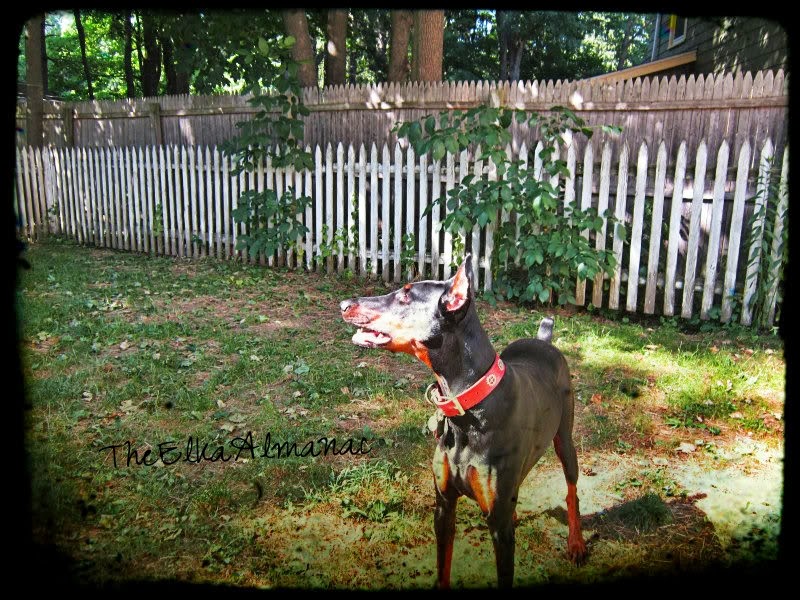 (yeah, I cheated, and this is a summer picture. It snowed today, sue me) 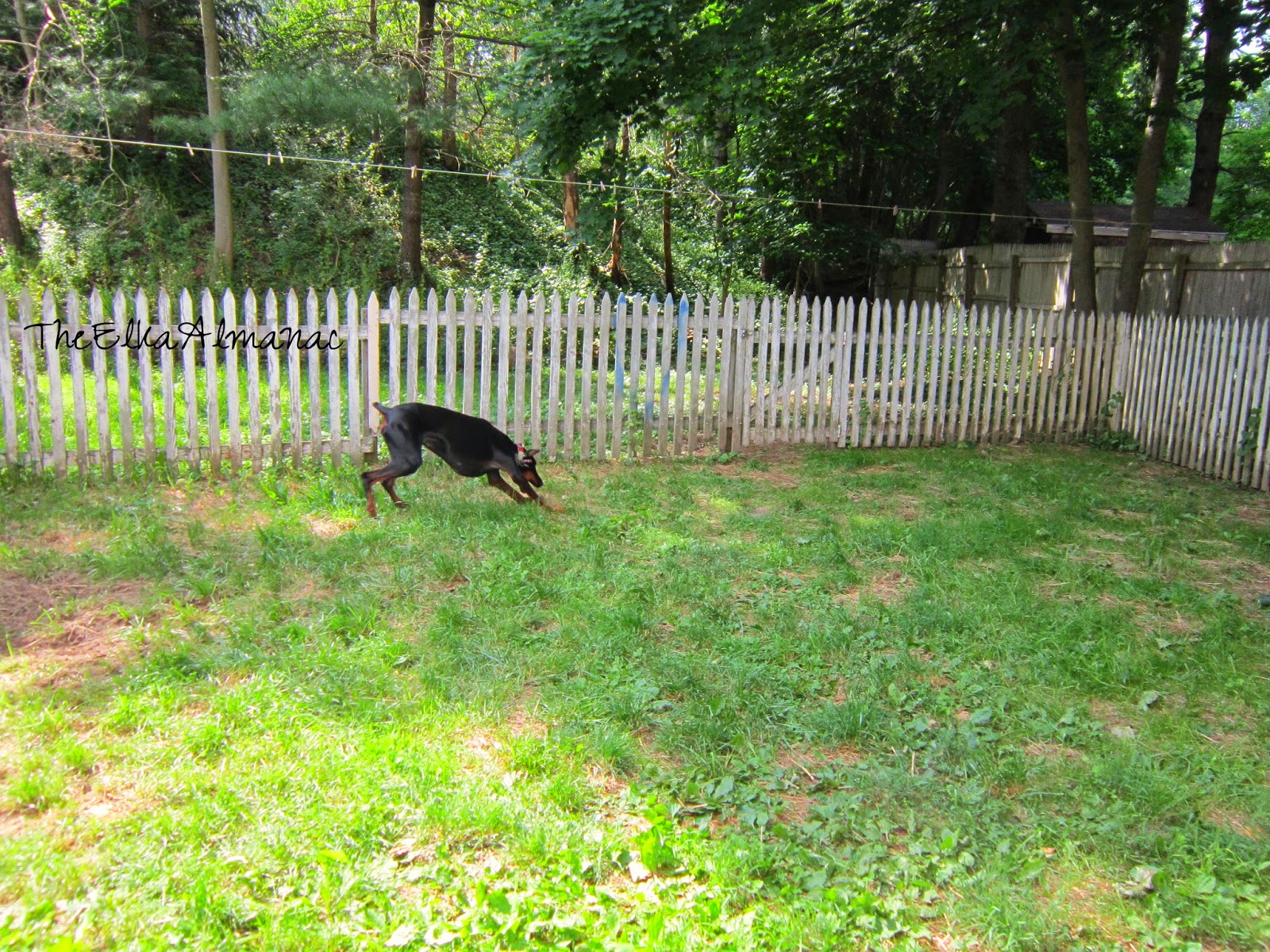 
I've always thought nosework wasn't a hobby that would work for us, because I've seen Elka not be able to find a piece of pepperoni she was literally standing on, but watching her search for a specific tennis ball (or having her wait at the door and then turning her loose to find tennis balls) makes me wonder if we could give nosework an indoor start over the winter (scent discernment and have her indicate the correct box, or whatever).
Posted by Jen at 6:16 PM