Alpha? No, that's just not how I roll.

Fewer things are more alarming to me when I see one faceless person on the Internet say to another "Make sure you maintain your Alpha position. Your dog must be submissive to you. On his back or on his side. Bring him down and hold him there until he submits to you."

Paraphrased, but you get the gist. You probably have heard of the "alpha roll" before, but if you haven't, it's as physical and improbable as it sounds: you physically roll the dog onto his or her back. And hold him or her there until the dog submits to your dominance. Sound like a bad idea? Yeah, I think so too. Have I ever "alpha rolled" Elka? No. And I never intend to. 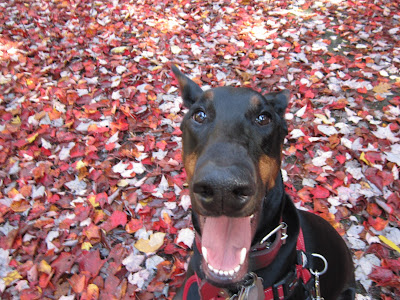 See the joy in this face? I don't want to crush that.

Three big names that relied heavily on Dominance Theory were William Koehler (who wrote The Koehler Method of Dog Training, go figure), The Monks of New Skete, and most recently, Cesar Millan. Mr. Koehler has since shuffled off this mortal coil. The Monks of New Skete have, in fact, redacted their recommendation of the Alpha Roll, acknowledging that is it, in fact, a good way to get yourself bitten. And Cesar Millan....well, if you've been following my little corner of the Internet, you might intuit (or might have paid attention when I said specifically) I'm not a fan of his methods.

In a nutshell, Dominance Theory is based on observations of a captive wolf pack (and I did touch on this briefly, in my Dogs on Furniture post). In the wild, wolf packs choose their members, they don't have to just cope with the hand they're dealt. Ergo, captive wolves do not necessarily reflect the same behavior that they would without human intervention. Wolf packs are familial groups, the "Alpha" doesn't eat first, etc. etc. 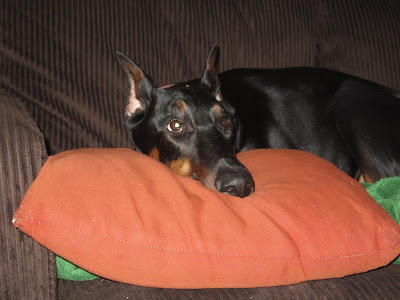 The thing about submission, when observed in wolves, is that it's offered voluntarily. Think of the appeasement gestures from On Talking Terms With Dogs: Calming Signals by Turid Rugaas; a dog will voluntarily turn his head to defuse a situation. If you turn his head for him, it isn't exactly the same thing, is it? Compare this to a dog showing his belly to you of his own choice, versus forcing him onto his back and then holding him there until he stops struggling. To anthropomorphize, imagine doing something along those lines to a child. Imagine doing it to a grown up. "I would never!" you  may or may not be thinking. Well. Yeah.

There are times I want Elka to do as I say, "because I say so". I'd be lying if I said that there weren't. But most of those times have to do with safety, or manners. She must sit and wait before we cross the street, to look for cars. She may not bark excessively, so as not to be obnoxious. She doesn't immediately grab food that she finds, because it might be something bad. Or not food. Arguably, "Testify!" has nothing to do with health or safety, but it is adorable. And she does it voluntarily; we free-shaped that business, for fun. Animals, like people, will do things for fun. Dogs are not people, but they're also not wolves. Even wolves aren't what people thought they were. 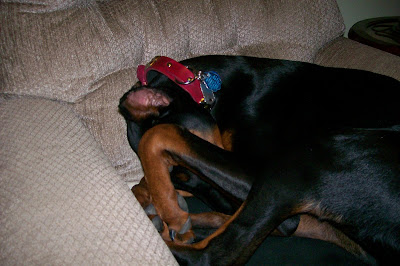 That's why I wince when people suggest these kinds of tactics. For the most part, it seems that trying to follow the principle "go big or go home" with dogs backfires. An aggressive response to a perceived aggression will exacerbate a problem as a dog will escalate further or shut down (otherwise known as learned helplessness). Do you want either? Either is damaging, in different ways, resulting in the physical damage of some party, or the damage of trust. Do not recommend Alpha Rolling if the person is a stranger (and that goes for on the Internet or on the street advice, you don't know the dog either), you're not certified through any dog training program, and you're not a certified animal behaviorist. If you still want to recommend Alpha Rolls after all of that, then I recommend you evaluate how you feel about your perceived position in life. And no, we're not talking about dogs anymore at that point.

So please. If you see somebody giving this kind of advice, if you can do so kindly, mention that these sorts of methods are not recommended. Especially if you have never met a person, or their dog, and you don't know what the situation truly is. I imagine getting attacked in that manner by one's human is startling at best, and terrifying at worst. A frightened enough dog who cannot escape will bite, and the dog will carry the blame for it. Our dogs are our responsibility, people. Think carefully about the kinds of situations that we put them in. Think carefully about the kind of advice that you give and hear given.Think about the relationship you want to have with your dog; do you want her to listen to you because she wants to, or because she's afraid not to? 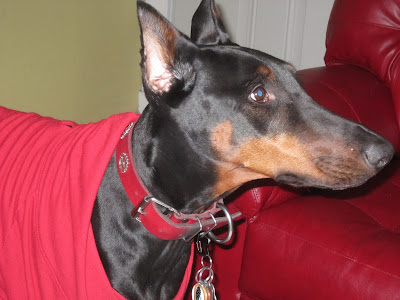