"That dog sure is spoiled!"

I don't get a comment like that a lot, once in awhile, in casual conversation, somebody refers to Elka as "spoiled". Arguably, that's a pretty rude thing to say, but she's just a dog, right?

Anyway. Is Elka spoiled? I think it's kind of in the eye of the beholder.

We're a "dogs on furniture" household, so she isn't required to stay on the floor. She also sleeps in bed with us. Compared to "outside dogs" or even "garage dogs", then yeah, I guess that could make her spoiled. She wants to be with her people, and expects it, and pretty much knows it's going to occur.

She eats Taste of the Wild dog food, a grain-free kibble which costs considerably more than the fifty pound bag of Pedigree at the grocery store does. Or Ol' Roy. Or Kibbles 'n' Bits. Frequently, if offered a Milkbone, she will in fact refuse it. They pretty much don't register on the treat value scale for her, compared to Orijen and Natural Balance. So that's kind of spoiled, or snobby, that my dog doesn't eat doggie junk food. Okay.

Elka also eats people food, provided it's safe for her, and she's behaving herself. This is where a spoiled argument can be made, when Elka expects to receive people food, rather than taking it as a reward or reinforcement. But, if she gets too pushy or whiny, she doesn't get any. From me, anyway.

Elka's gone through an awful lot of toys. They break regularly; the purpose of them is to go into that toothy maw, after all, even if they're not best designed for that. Mental stimulation is very, very important for the household's happiness, and Elka is no exception. When she isn't getting activity, physical or mental, she gets whiny. She gets restless. And it drives us nuts. Toys are such a simple fix for that. 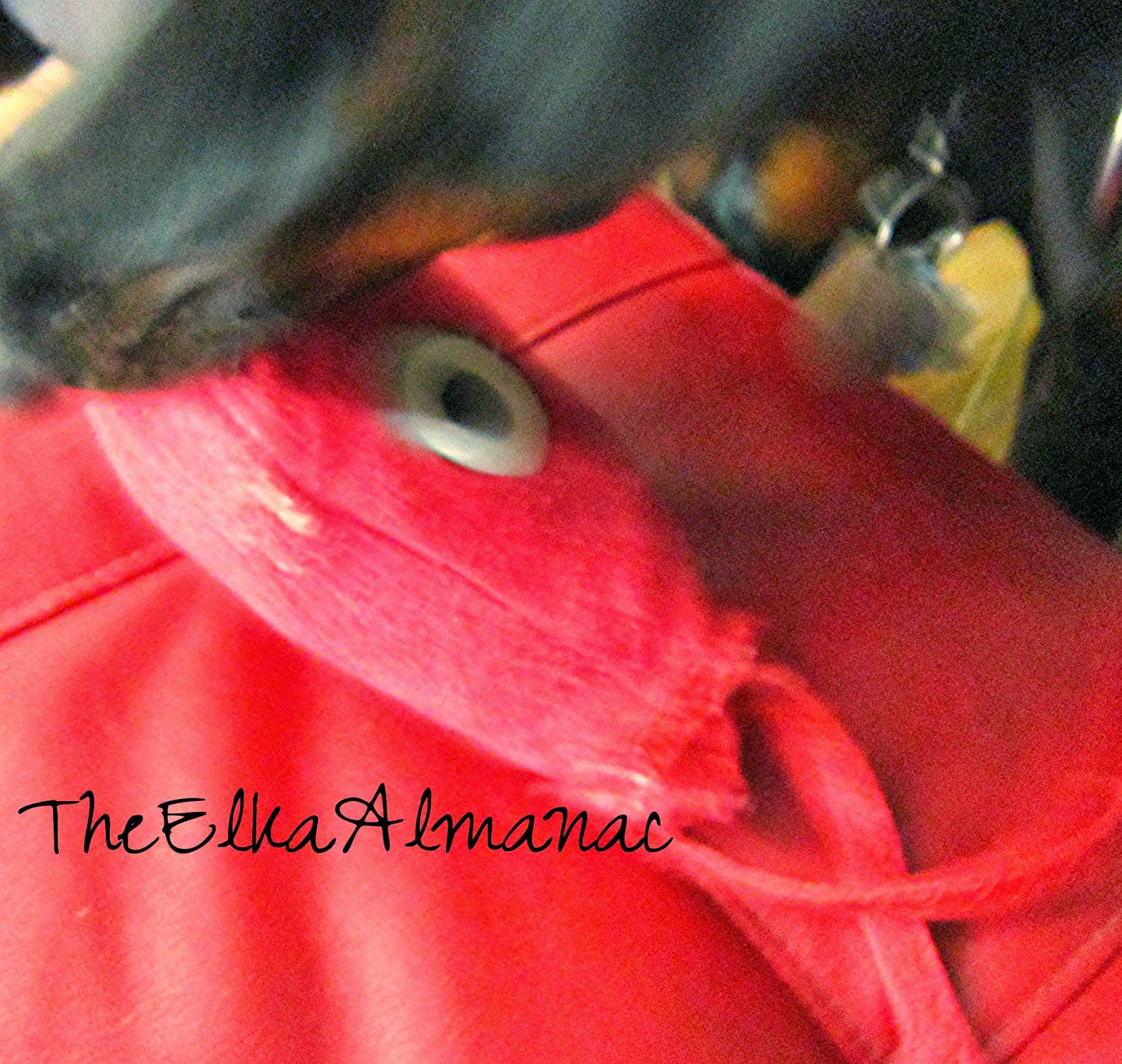 So is Elka spoiled? Maybe. Maybe compared to some peoples' views on dogs, and to the general consensus of how dogs were treated within the past fifty years (and still are, depending on personal outlook). But the decisions we've made with her (people food, furniture privileges, toys) are ones that we've consciously made. She'd have doggie playdates, too, if I'd been smart enough to seek out other dogs and socialize her well when she was younger. Ah well, can't have everything.