Every time we have a "new" person, they must acclimate to Elka. I don't mean in the "we let her do what she wants and so they have to deal with it" way. I mean in the "this dog is as intelligent as a toddler and that can be kind of mind blowing at times" way.

Elka tries very clearly to communicate with us. I sort of get the impression that a lot of Dobermans, and other intelligent breeds, do as well. They want to get their point across. And because we've always talked so much to Elka, her comprehensive vocabulary is pretty good. I've never tried to count how many words I think she knows. I don't mean cues or commands specifically, I mean words in general.

She knows friends' names. She knows about going in the car, or going for a walk, or going to play out back. She knows about snow. She knows about the refrigerator, where "supervised" toys must live, and where toys will go if she's not behaving well about them (like, whining persistently about it after being told "leave it"). She knows bringing a Kong tells us she's hungry (or maybe just snacky or bored?), and the Kong isn't the only toy she knows the name of (Gumby, her Monster, her constantly changing supply of tennis balls....) 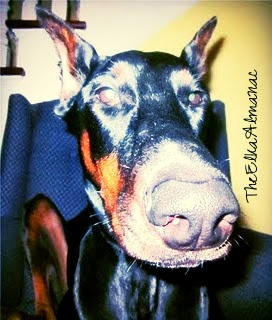 She knows saying her doggie equivalent of "Out" will get us to take her out, and she'll lie. She'll tell us she has to go out when she wants to go out and see something (like Fireworks) or if she just wants to run around the yard a bit, and not have to go potty at all. She knows we get really excited when she tries to say "Hello", though that's not really on cue yet, still in the shaping process.

My most specific example happened the other night, and is fairly normal to me at this point. We have a newer acquaintance, though, and he isn't (I guess) fully aware of the scale of Elka's intellect. 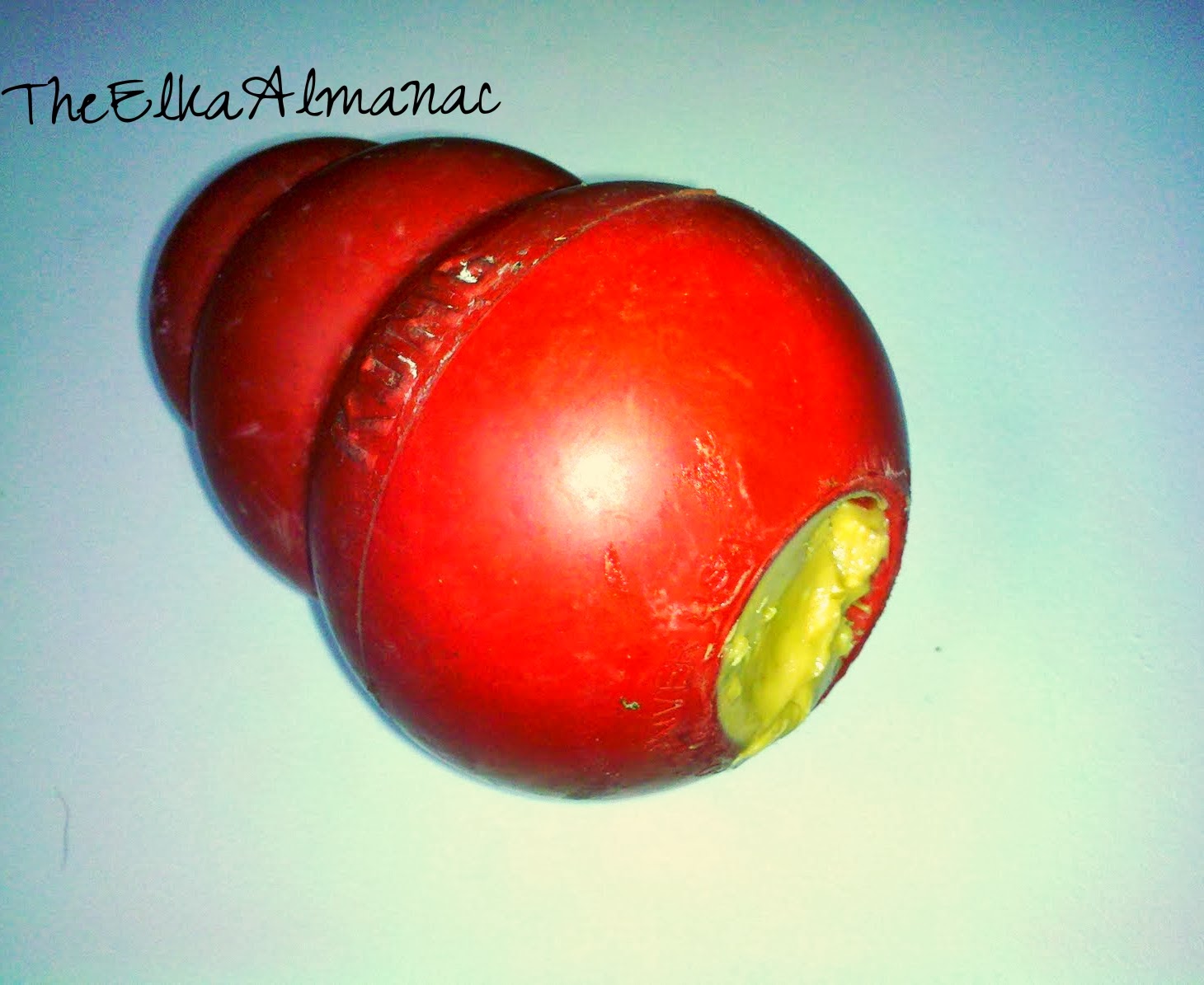 Elka was mumbling around and saying what sounded like "Out", but I knew she didn't need to go potty, and it was raining, so I knew she didn't want to go out and play. I told her such things. She cocked her head and looked at me brightly, then mumbled some more. My fiancè reiterated that he thought she needed go to out. I asked "Elka, do you need to go outside for potty?" She didn't move, just looked at me. I said "Elka, are you hungry?" There was a little quiver there. "Do you know where your Kong is?" The ears came up more, if you can imagine such a thing, and she glanced under the coffee table and then looked at me again. "No, I don't know where it is, that's why I asked you. Can you find it?" She trotted around the living room, found the Kong wedged under the corner of the couch, brought it to me. "Good, now take it to the kitchen." I followed her to the kitchen, threw in some kibble and a schmear of peanut butter, came back to the living room, where our new-ish friend was shaking his head in amazement at what he'd just witnessed.
Posted by Jen at 12:00 AM