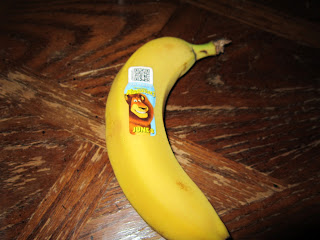 Welcome to the world of tomorrow, right guys?

Elka likes bananas just as much as I do. 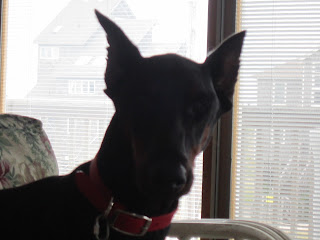 I once listened to a story (or part of one) on NPR about banana republics in Central America. Not the overpriced clothing store, but areas of land controlled by, I guess, banana lords rather than drug lords. Truth be told, I don't remember much of it. I was giggling too much at the serious NPR voices saying 'banana' over and over again, with frankness.

I've heard that bananas are endangered. I hope that science overcomes that particular glitch, as I doubt environmentalism is. Of course, now that's making me think of Logan's Run, with bananas. And QR codes. Once they're not green anymore, they go renew....I mean, to the grocery store.