Elka, where's my other sock?

When my fiancé got up the other day, he brought socks downstairs with him, as one does. After getting out of the shower, he returned to his socks, which were no longer there. In fact, one was on the floor. Alone. 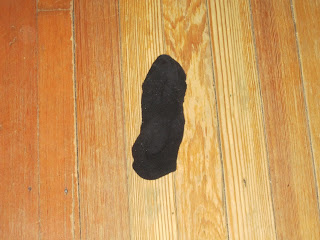 Now, Elka has been traditionally fond of socks. Specifically my fiancé's, in fact. Much to his chagrin. He in fact had to go and get another sock that day, because when we said "Elka, where's my other sock?" she brought us all manner of toys....but no sock. 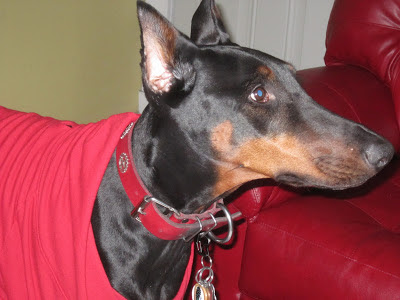 A couple of days later, we had people over and we were settling down to game. Elka was being fidgety, so I told her to bring me a toy. She went out to the kitchen for a few minutes, and I heard her walking around. Then she came back....with a single black sock!