These Primal Beef Liver Munchies were on the list of treats to try out from Chewy.com, and while I'd heard of Primal as a brand before, we hadn't tried it yet. It's just the kind of treat I like getting for Elka, single ingredient, and the beef was raised in the United States and the treats were made in the USA as well (see on the bag)! They're grain free and gluten free which concerns me less, but can be very important for dogs with food allergies. 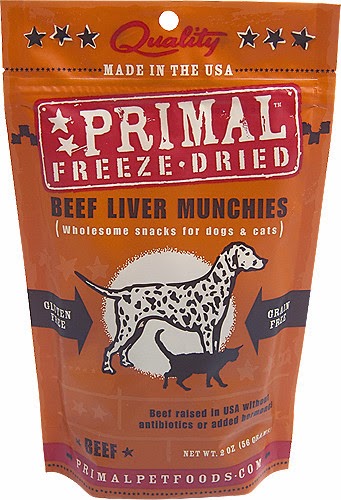 The Beef Liver Munchies don't have much of a smell to them, which is great, and haven't left a residue on my hands. I've occasionally broken one in two, for a smaller treat, and they do crumble quite a bit. In general, size isn't bad; they aren't HUGE, but perhaps larger than you'd want for training treats (I've heard "pea sized" recommended for that, but we all utilize advice like that differently, it at all I mean, who has time for pea sized treats?) unless you were going for the high value punch. 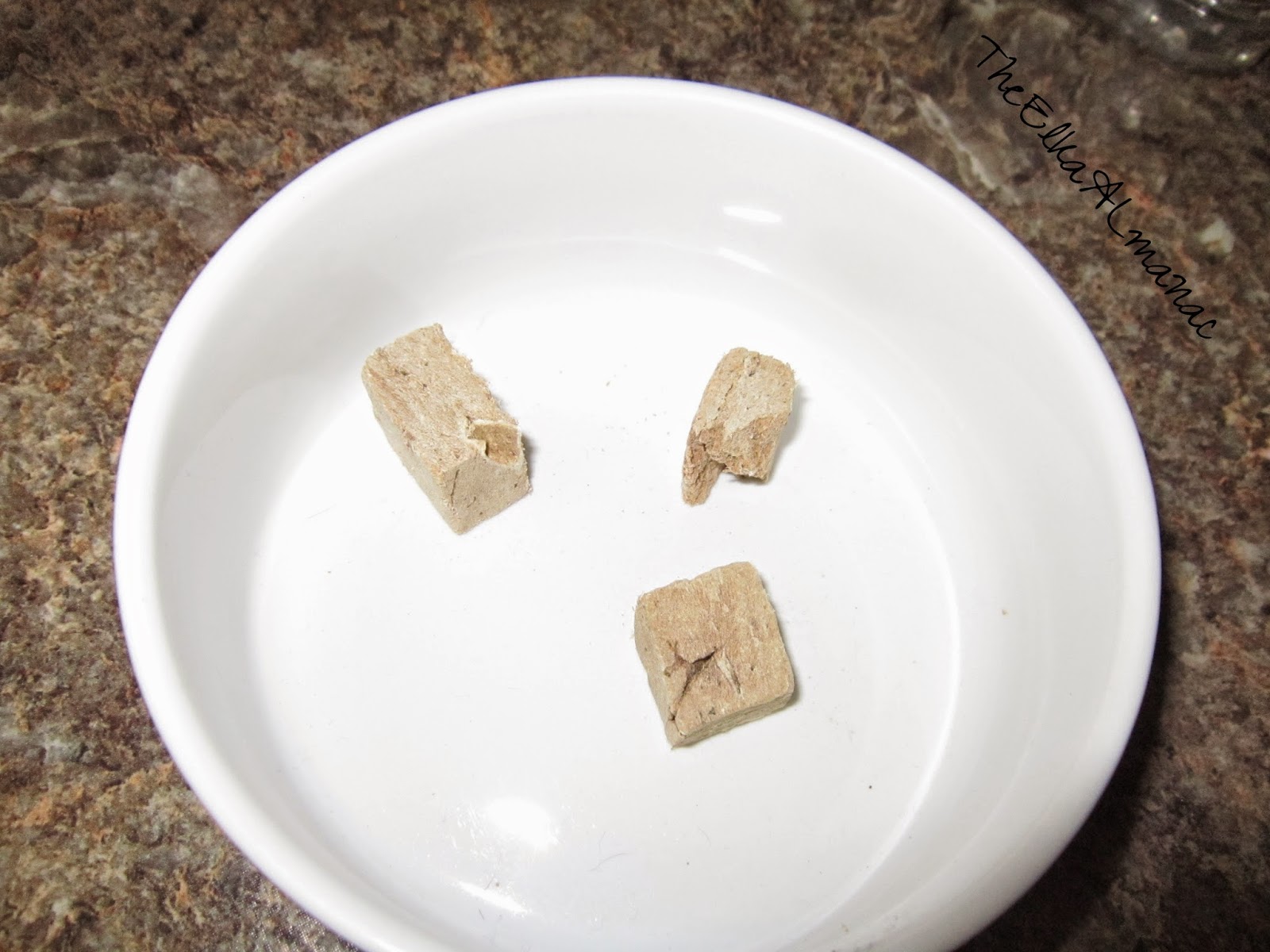 Predictably, Elka loves these treats. We have a small corner counter in the kitchen which doesn't have much kitchen function, so it's where I keep Elka's treats (and mail and stuff), and she definitely pays attention to that counter right now, while we still have Beef Liver Munchies. For instance, she doesn't always ask for a treat when, say, she's gone outside for potty. Right now, when we come back in, she runs to that counter and looks at it, then gives me a significant look. Granted, right now, we're also employing the "let her unleashed into the fenced back yard and recall post defecation" potty method, so recall does get treated. It's a slippery slope, friends.

Plus, I finally got a decent photo of the shark surfacing for its meal! 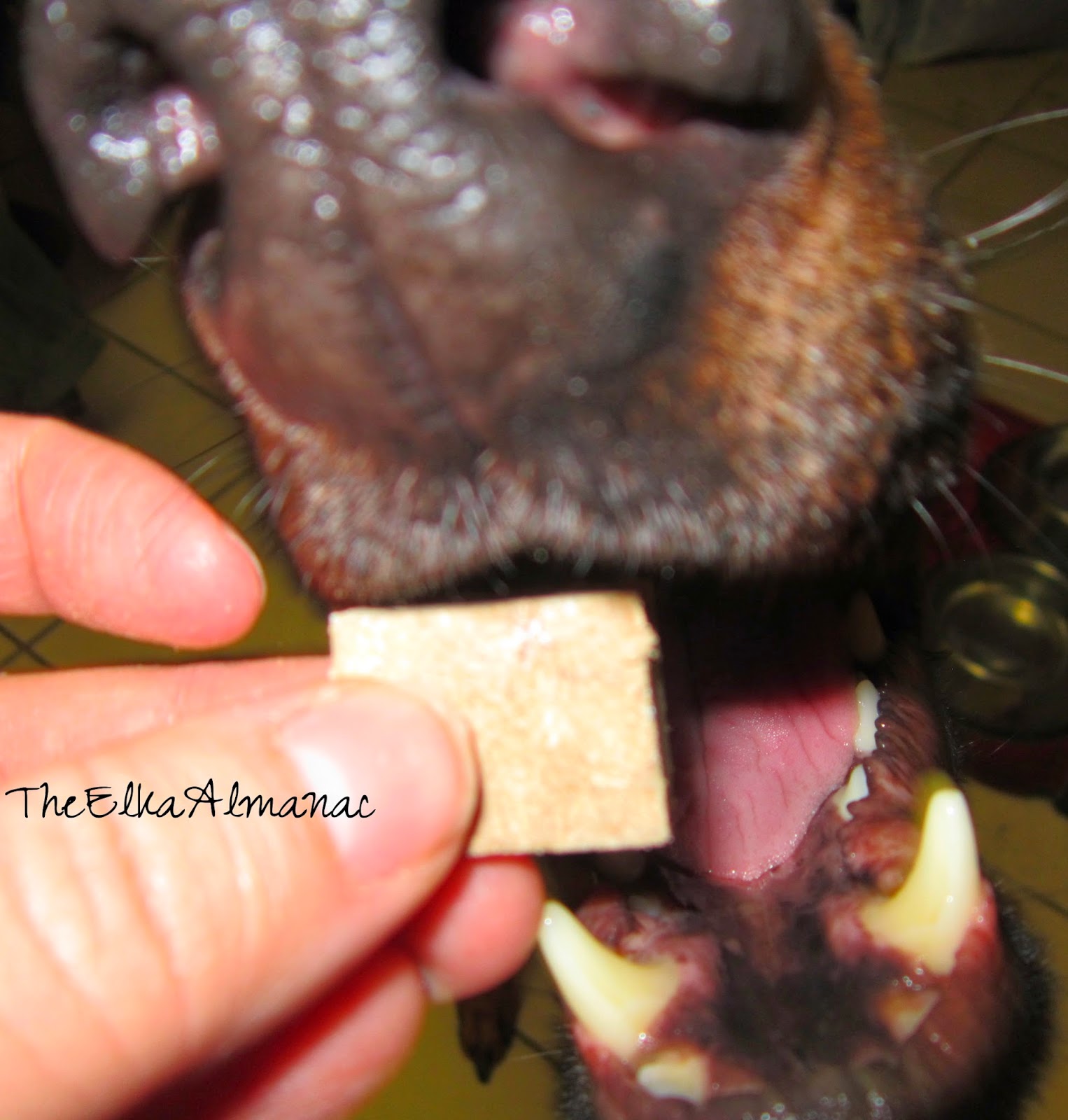 This photo is particularly interesting, not only for it's rare glimpse inside Elka's nostrils, but because it makes her look like she's got white hairs on her upper lip and it simply isn't so. The vagaries of flash photography; who says the camera doesn't lie?

ftc disclosure: I was sent a bag of Primal Beef Liver Munchies by Chewy.com for the purposes of writing this honest review. I was not otherwise compensated for this post.