I had the opportunity to review Kurgo Skipping Stones, and as I'm always on the lookout for a durable thing for Elka to gnaw on, I leaped at the chance. The Skipping Stones themselves are designed to be fun water retrieval toys, and I did make them aware that I was interested for Elka's chewing purposes, not for water retrieval (especially not this time of year!) 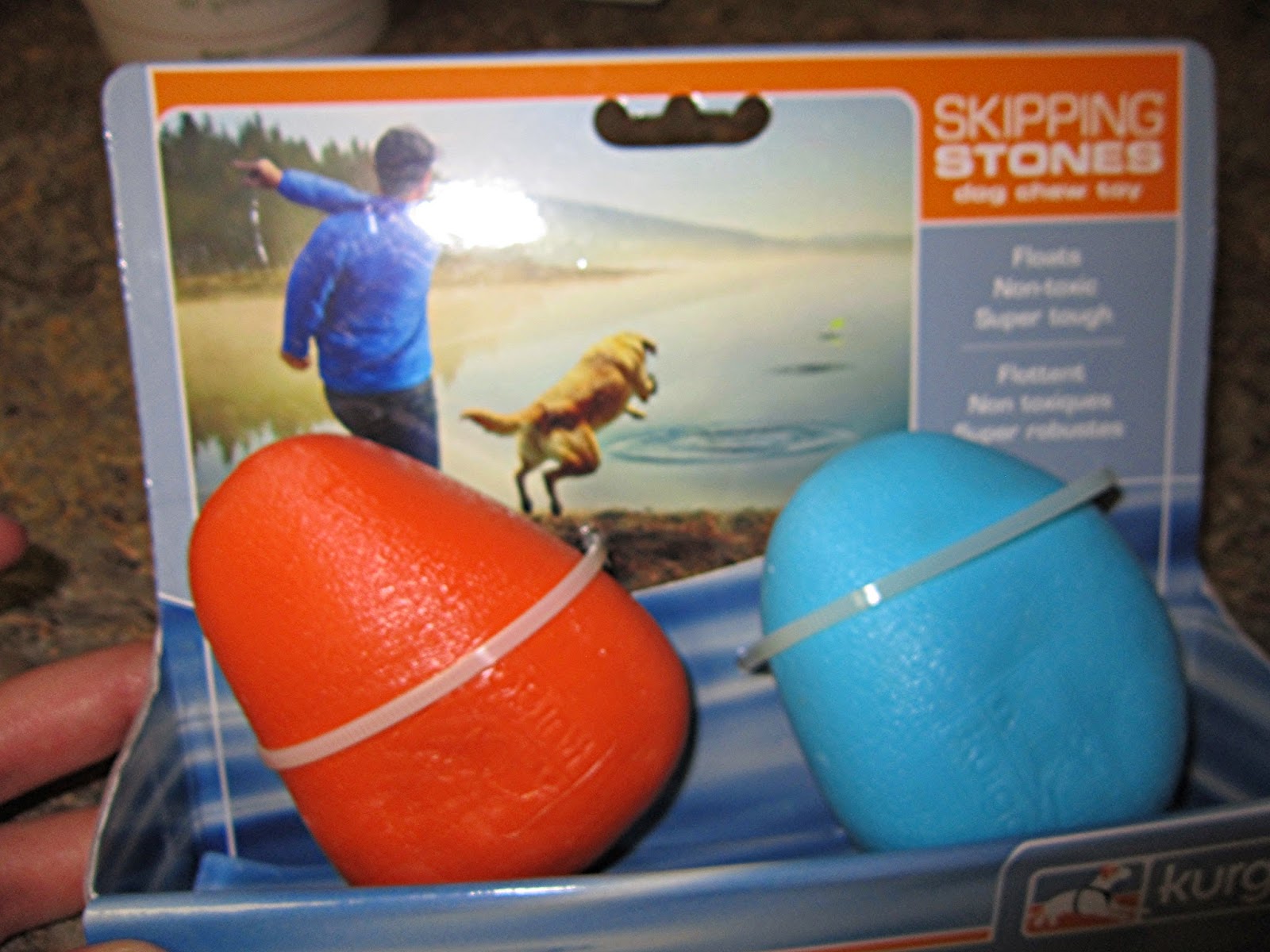 Each package comes in a two pack, randomly selected I think. We got Tiny and Easy Rider, names that I promptly forgot to use and have really just called them "rocks" while talking to Elka (i.e., "Elka, do you want your rock?")  They're small enough that they're definitely a supervised only toy. 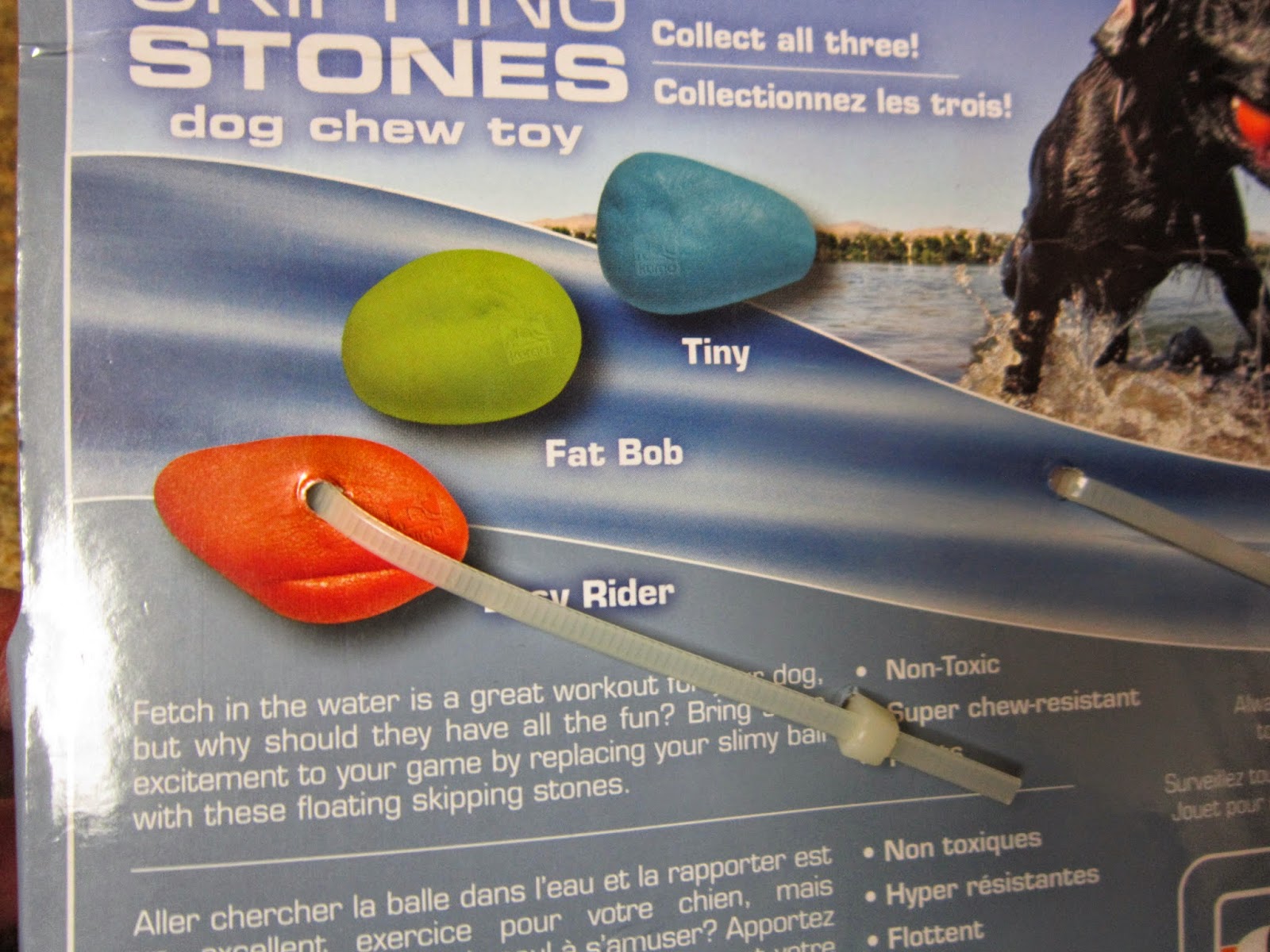 Elka was immediately interested in the rocks (I've primarily given her Easy Rider) and unlike some toys that she hasn't been able to destroy, Elka has stayed interested in chewing on the rocks. They don't have a strong rubbery smell, which is nice, and they bounce in an erratic way, which is both fun and aggravating, since I've had to get it from under the couch a bunch! (Which is kind of gross, because the rubber it textured such that dust and dog fur sticks to it. But whatever, Elka doesn't mind.) 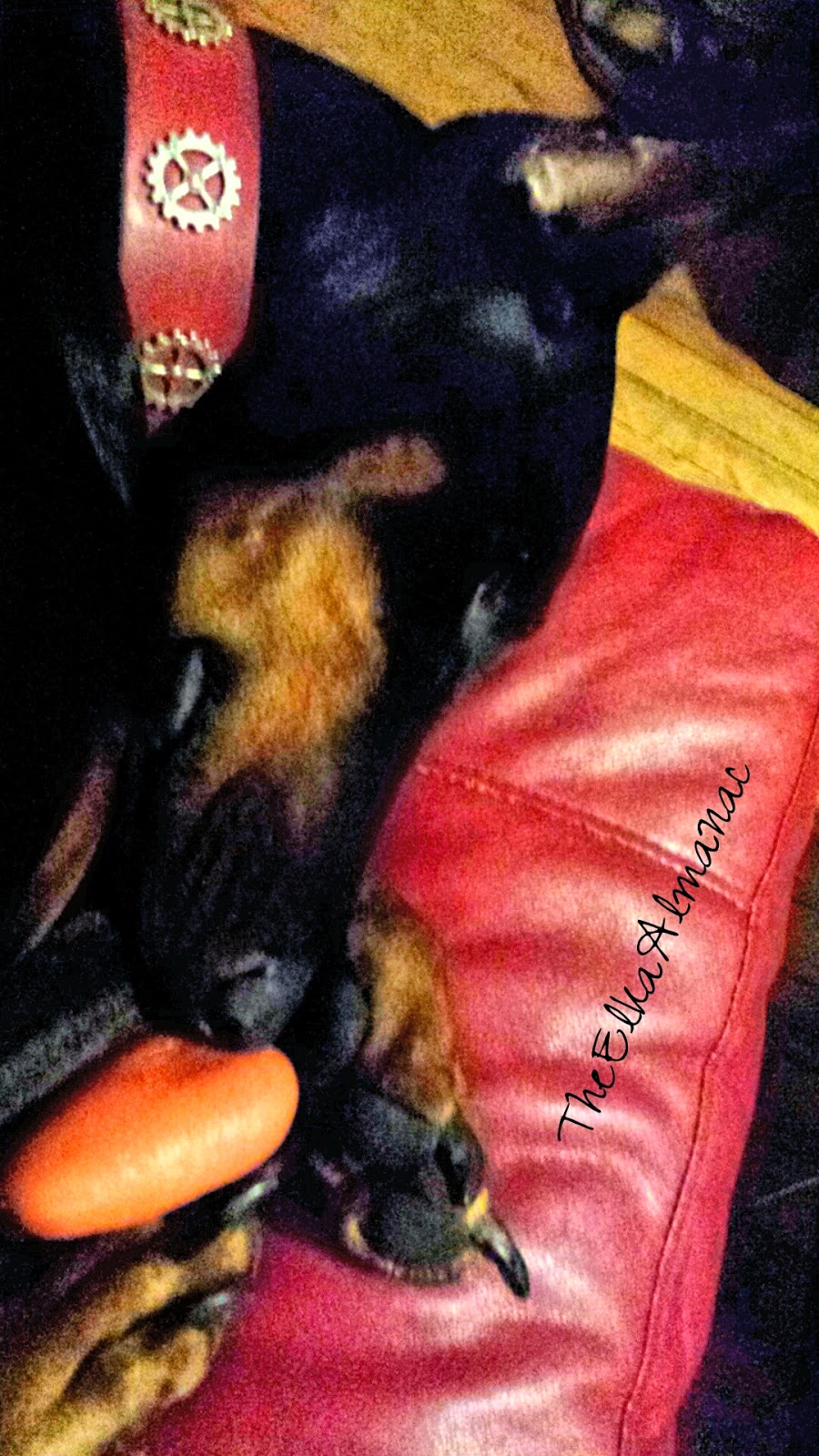 As is typical, it's been difficult for me to get a picture of Elka while in the act of chewing on her rock, but I got a picture of her snuggling with it post-chew session. That I can tell, there's been no discernible effect of her jaws on the rubber. Maybe a couple of scratches, but nothing is crumbling off of it, no holes are in it. I think this is the first Kurgo product we've gotten, but I would definitely go to them for a durable toy of this sort. (And look at this origami toy they also have! How cool is that?)

FTC Disclosure: We were provided with Kurgo Skipping stones for honest review. I was not otherwise compensated for this post.