I don't frequently read advice columns (funny, because I've obviously got no problem handing it out, right?) but my coworker called my attention to March 10th's "Dear Annie".

In it, a person wrote that her sister showed up with her two dogs, unannounced, said she was staying for a week. The writer does not have dogs, and did not want them in her house, and said that her sister has a truck that the dogs "stay in while she travels". 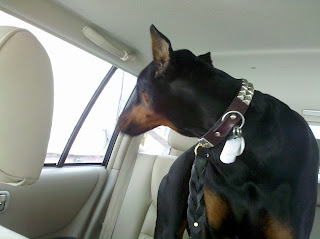 This woman loves her dogs enough that she wants them with her always, but then will willingly leave them in the truck when they're not wanted in the house? I mean, the article is sketchy on the details, so this could be a pretty righteous dog truck, for all we know. It could have a remote starter, so that it could be securely locked while the owner is away, and the heat (or AC) could be running to keep the dogs comfortable. That's the best case scenario.

Worst case? Those dogs are going to die of extreme heat while paying one of her "visits" in the summer. It's March, but it's been cold lately, and yet this is still the first thing I think of. Even if the weather is mild, they'll be bored, cooped up without exercise, without interaction from the human that they probably love very dearly indeed, and rock the truck with their enthusiasm when she comes back.

Annie's advice was reasonable. Make sure your pets are welcome, or don't inflict them on people. You probably ought to make sure you're welcome as well. Sometimes people say "drop by anytime", but don't necessarily mean it. So, dropping by, "for a week", with your two dogs? Not the best call. But to just leave your dogs in the car isn't all that awesome either. Our dogs don't have a choice in the matter; we need to make sure that they're on their best behavior, or at least their most acceptable, and we need to advocate for them. Nobody else is going to make sure that they get a fair deal. 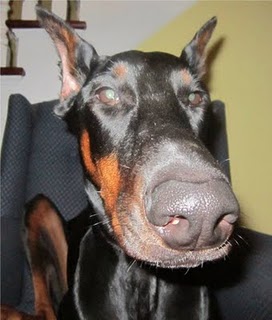