Time and again, I've mentioned that Elka is my first dog. This is after having wanted one my entire life, but you know how kids are sometimes. "I want/need it!" can fade pretty quickly once the object of desire is obtained.

I'm happy to say that I value Elka, every day. I think that every dog is the "best" dog; it's what they're for, as part of their Platonic Dogness. She makes me laugh, she makes me cry. She does her Dog Job.

She's of course not the first dog I've known; I've encountered many, and I think I even remember most of their names. 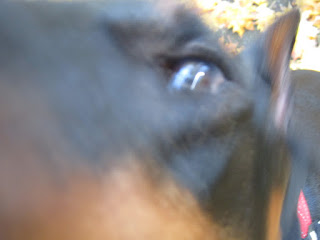 When I was little, I made up for not having my own dog in a variety of ways. Earliest was my "imaginary friend" repertoire, which included Lassie, who would run next to the car whenever we went anywhere. Sometimes ahead of us, if we were close to home. I also would make up episodes of the Real Ghostbusters cartoon, and in those episodes, they had a nondescript brown dog named Fido. I have at least one cassette still from those days, that I recorded using my dad's boom box. I think he was trying to sleep for work at the time (he did overnights) because at one point he asks "why are you whispering?" and I whisper back "I'm not!"


I had a dog walking "business" in my neighborhood for a summer or so. I remember walking a black lab named Mort, whose family had recently had a baby. By the end of the summer, Mort walked pretty well on the leash, though I don't really remember how I taught him. I can remember somebody commenting that I kept him on a short leash, and I know my reasoning was that otherwise he'd have the leeway to try and drag me all over, so maybe that's how? I know the collar I that was his "walking collar" was a choke chain, but I don't remember yanking on him at all. There was another dog I walked less, whose name I don't remember, who was a Samoyed. She was already pretty well leash trained. Maybe her people moved? I charged fifty cents per walk. When I wanted to raise it to a dollar, Mort's family "let me go." 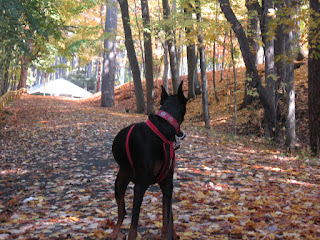 Many of my dad's friends had dogs. There was Jasmine, and later her "sister" Jetty, both of which indeterminate mixes, though probably with shepherd in both of them. Jasmine and I spent a lot of time walking around a small cove near that friend's house. I didn't teach her anything, and I don't remember her having been trained at any tricks, just that we walked around. I remember being confused that she didn't want to walk on the metal grates of storm drains. Jetty was a little nutjob, always always energetic and happy to see everybody and anybody.

Another friend had Samantha a black lab, frequently called Sam, who ran away from home just as frequently.  She never got away when I walked her, but we would hear about it periodically through the grapevine. There was a point at which Sam just didn't make it home; they didn't get another dog.

I'm sorry to say that I don't remember the rescued Shar-Pei's name (the name Cindy comes to me, but I'm pretty sure that's her owner's name. Oops.) only that she was terribly, terribly shy. Her owner let me walk her around the neighborhood anyway, and looking back, that surprises me a bit. I guess I'm kind of a "helicopter parent" when it comes to dogs (and by "I guess" I mean "I totally am"). If Elka was a rescue and tragically shy and skittish, I wouldn't let somebody who couldn't pet her walk her anyway. Nothing bad ever happened, though, and as far as I know, the girlie led a safe and happy life with that person.

That's all a dog wants, really. I mean yes, food water and shelter. Sometimes a job. But they want to be safe, and happy, with their person. 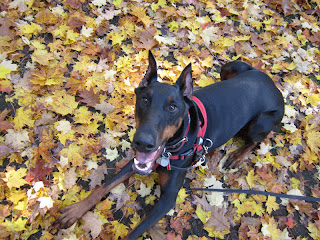