A two year old German Shepherd dog named Ape, an FBI K-9, was shot and killed in Herkimer, New York while apprehending an armed suspect. I don't know if Ape was wearing a bullet proof vest; my understanding is that law enforcement (perhaps even the FBI) is woefully undersupplied with regards to that sort of equipment for their K-9s.

It must be a hard thing, for a handler to make the decision Ape's partner had to. Law enforcement officials did not know where in the building the suspect was; apparently they tried to use a robot with a camera first, but there were mobility issues. Sending a dog against an armed suspect is not a fair fight, but I cannot believe that the intent was to risk the dog instead of a human. It a horrible situation, and Ape paid for it, in addition to the others the man had opened fire on the day before. Unfortunately, nobody seems to know why the suspect did what he did. 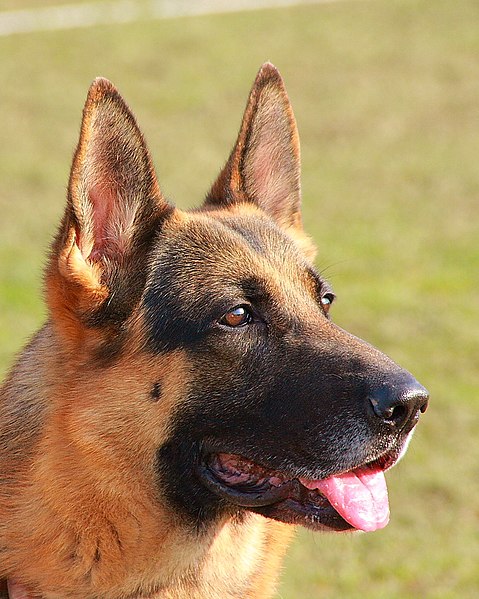 (not an image of Ape, as I don't own one, but a GSD from Wikimedia commons)